No items in shopping trolley
Checkout

James Frost - My Blog - 'A Perfect Morning with Robin and Tess'

I arrived at the garden centre this morning and decided to take a wander around the outside plant area, to take in some of the early spring colour.  I walked past a trolley full of gardening tools and was surprised to see that it also contained a biscuit tin. Exciting news as no-one likes a biscuit more than me. The tin, however, contained meal worm, at which I draw the line no matter how hungry I am. I called over to Tess who was already hard at work and who, incidentally, is one of the loveliest and most hard working people a business could ever wish for. “What’s with the tin? I asked. “If you move away just a couple of yards, you will see”. As ever, I did exactly as instructed,  and moved away from the trolley. And lo and behold, a robin alighted on the trolley handle and settled down to breakfast.  “What’s its name?” I enquired. “Robin” replied Tess. Makes sense I guess. Apparently Robin follows Tess down to her car at the end of the day and taps with its beak on the drivers window,  quite aggrieved at being unable to get into the car! All in all, a perfect start to the day. 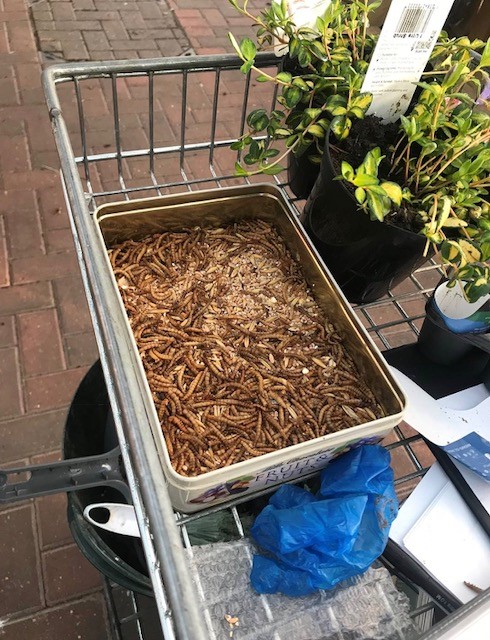 Garden tips: How to get more out of your herbs

Top 10 garden accessories for the summer

How to take softwood cuttings